The protein encoded by this gene is a member of the NR1 subfamily of nuclear hormone receptors. It can bind as a monomer or as a homodimer to hormone response elements upstream of several genes to enhance the expression of those genes. The encoded protein has been shown to interact with NM23-2, a nucleoside diphosphate kinase involved in organogenesis and differentiation, as well as with NM23-1, the product of a tumor metastasis suppressor candidate gene. Also, it has been shown to aid in the transcriptional regulation of some genes involved in circadian rhythm. Four transcript variants encoding different isoforms have been described for this gene. [provided by RefSeq, Feb 2014] 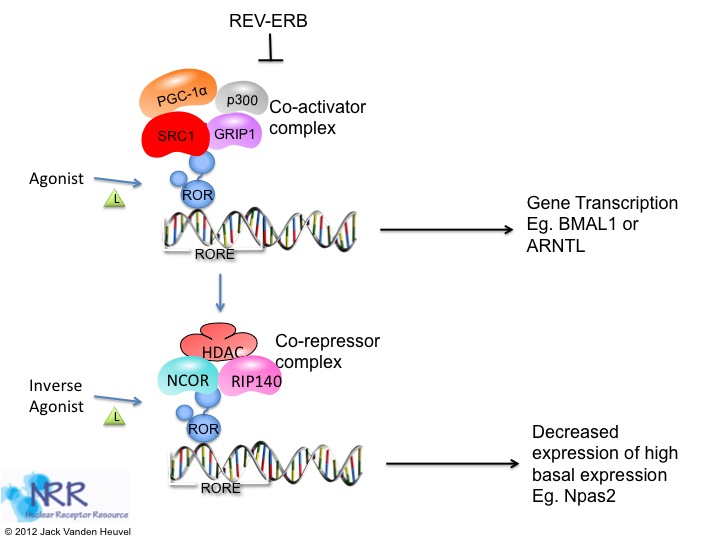 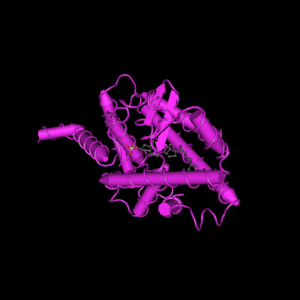 The principle application of this assay product is in the screening of test samples to quantify functional activities, either agonist or antagonist, that they may exert against the human RAR-related orphan receptor. This kit product is an all-inclusive assay system that includes, in addition to RORα Reporter Cells, two optimized media for use during cell culture and (optionally) in diluting the test samples, a reference agonist, Luciferase Detection Reagent, a cell culture-ready assay plate, and a detailed protocol.

The gene contains 25 distinct gt-ag introns. Transcription produces 17 different mRNAs, 13 alternatively spliced variants and 4 unspliced forms. There are 6 probablealternative promotors, 6 non overlapping alternative last exons and 5 validated alternative polyadenylation sites (see the diagram). The mRNAs appear to differ by truncation of the 5' end, truncation of the 3' end, presence or absence of 6 cassette exons, overlapping exons with different boundaries. 2746 bp of this gene are antisense to spliced gene zawpee, raising the possibility of regulated alternate expression. Efficacy of translation may be reduced by the presence of a shorter translated product (uORF) initiating at an AUG upstream of the main open reading frame (in variant aAug10, bAug10, fAug10). 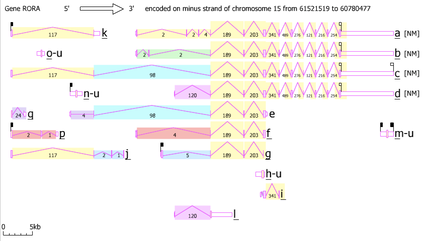